Over the past two months some anarchists around Sydney mounted a campaign against politics and the democratic process.

This election takes place in a period of historic disillusionment with the political spectacle and the politicians who represent it, and never before have so many parties been on offer, to direct that mistrust back into the electoral process.

We reject this process in its entirety. Elections are a charade to confuse us about where power lies, and how things can be changed. With the following petty acts of anti-political sabotage, we draw a line.

Thousands of anti-electoral posters were pasted up throughout Sydney.

Hundreds of anti-political slogans were painted across the city.

A dozen banners were tied to highway overpasses.

Political advertising of every party was vandalised, or taken down and later burnt.

Unlike every political party we do not measure success based on opinion polls or ballots.

We intend to encourage the spread of class hatred and collective resistance to the bosses, their politicians and the way of life they’ve sold to us.

We desire the total annihilation of capital and the state. 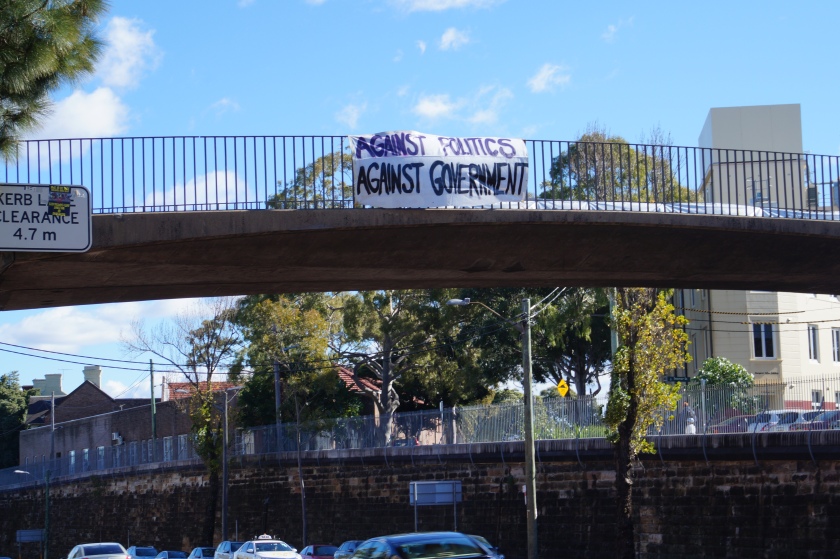 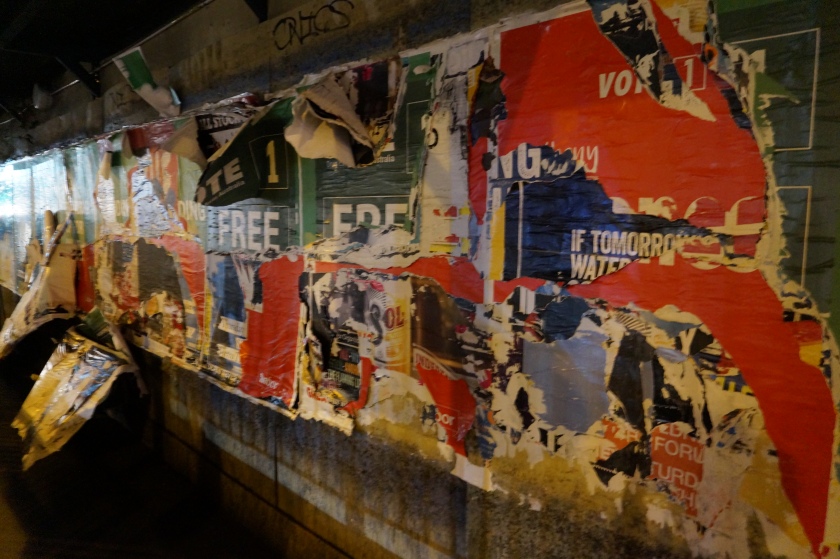 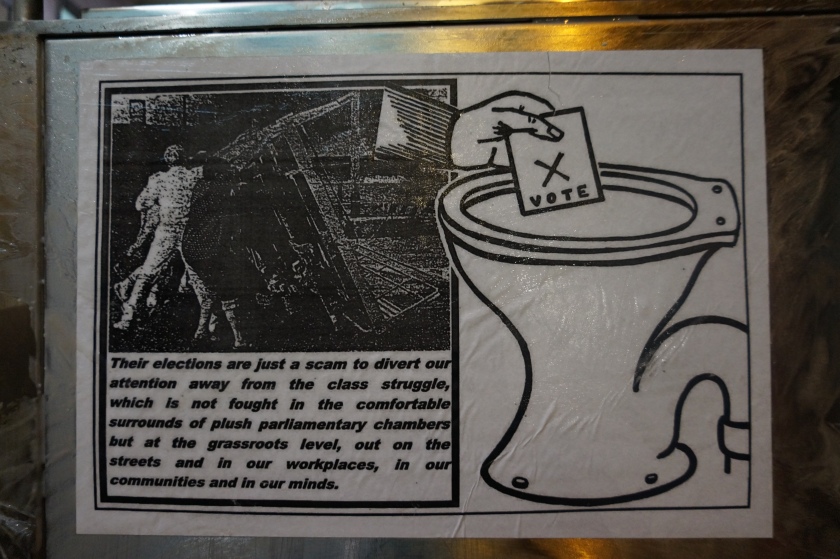 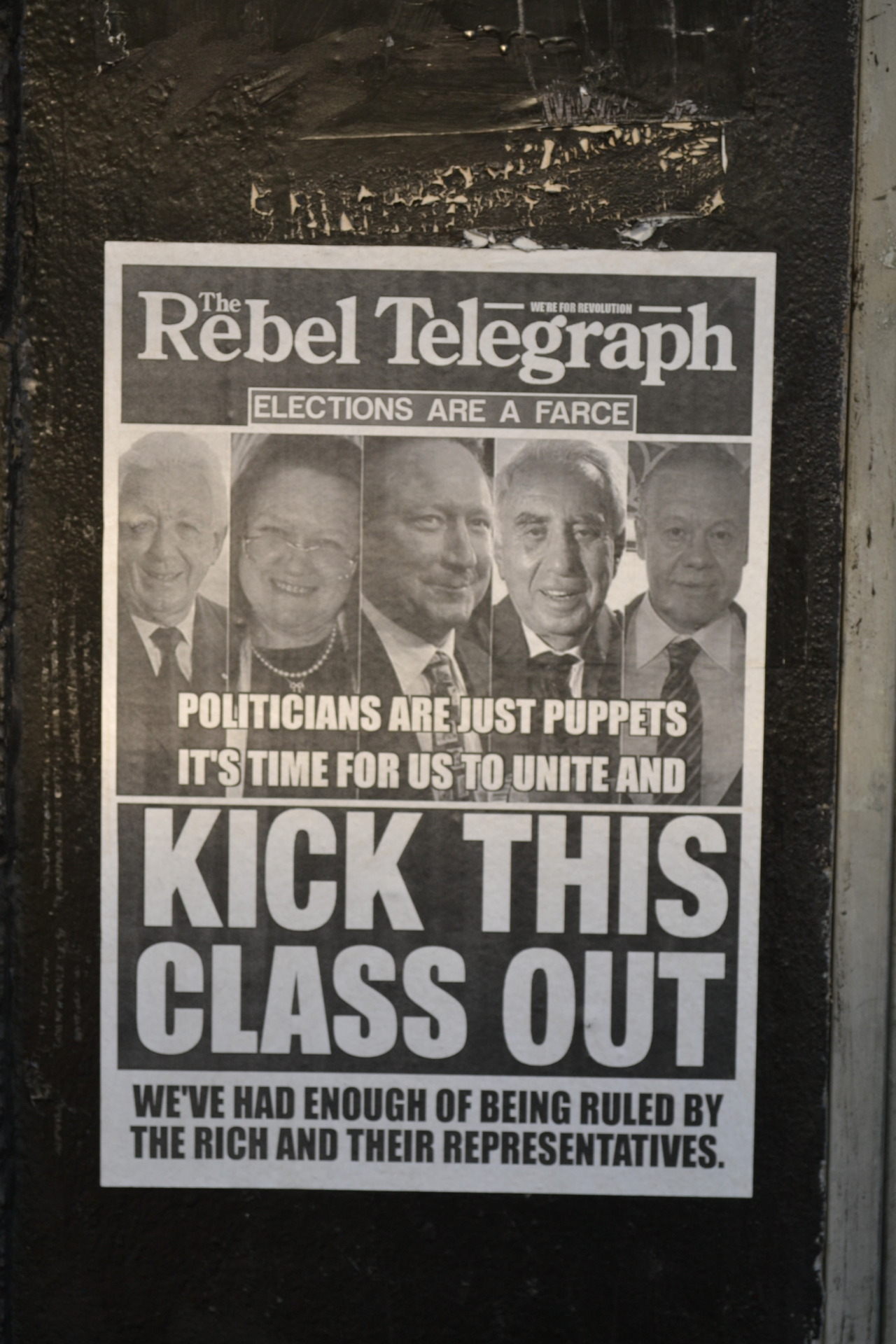 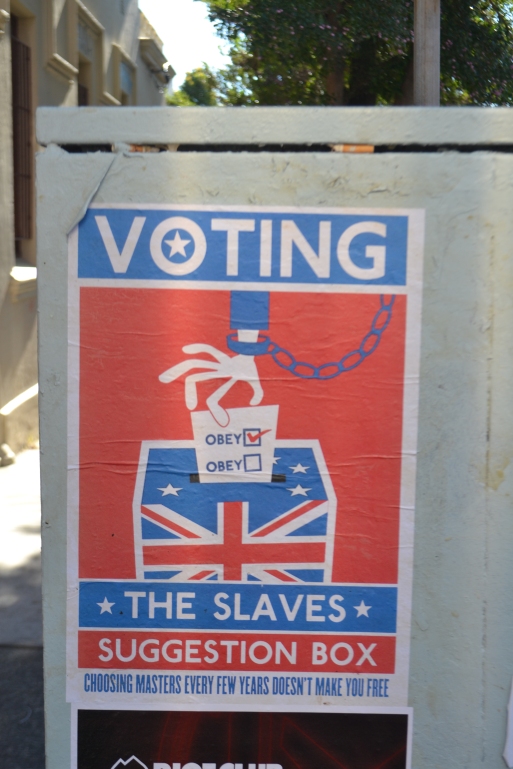 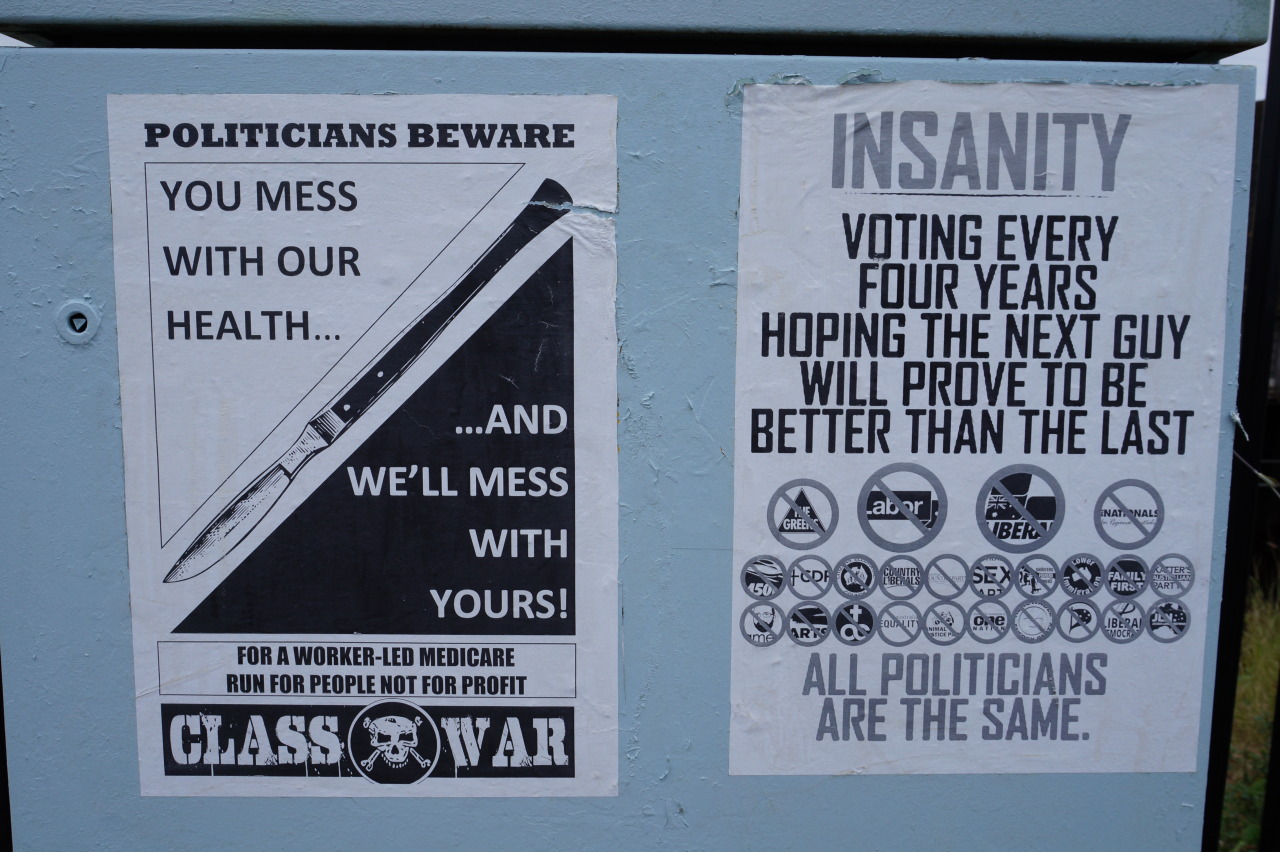 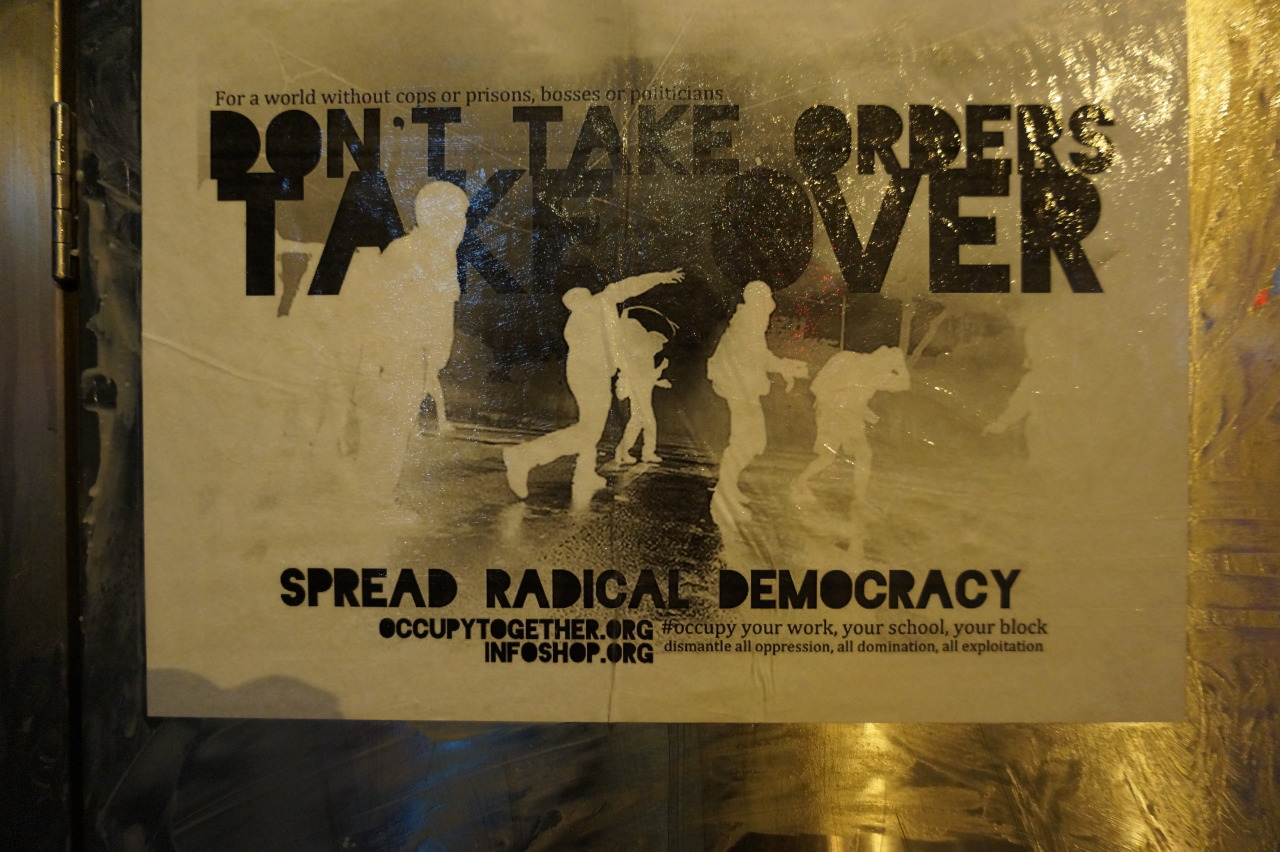 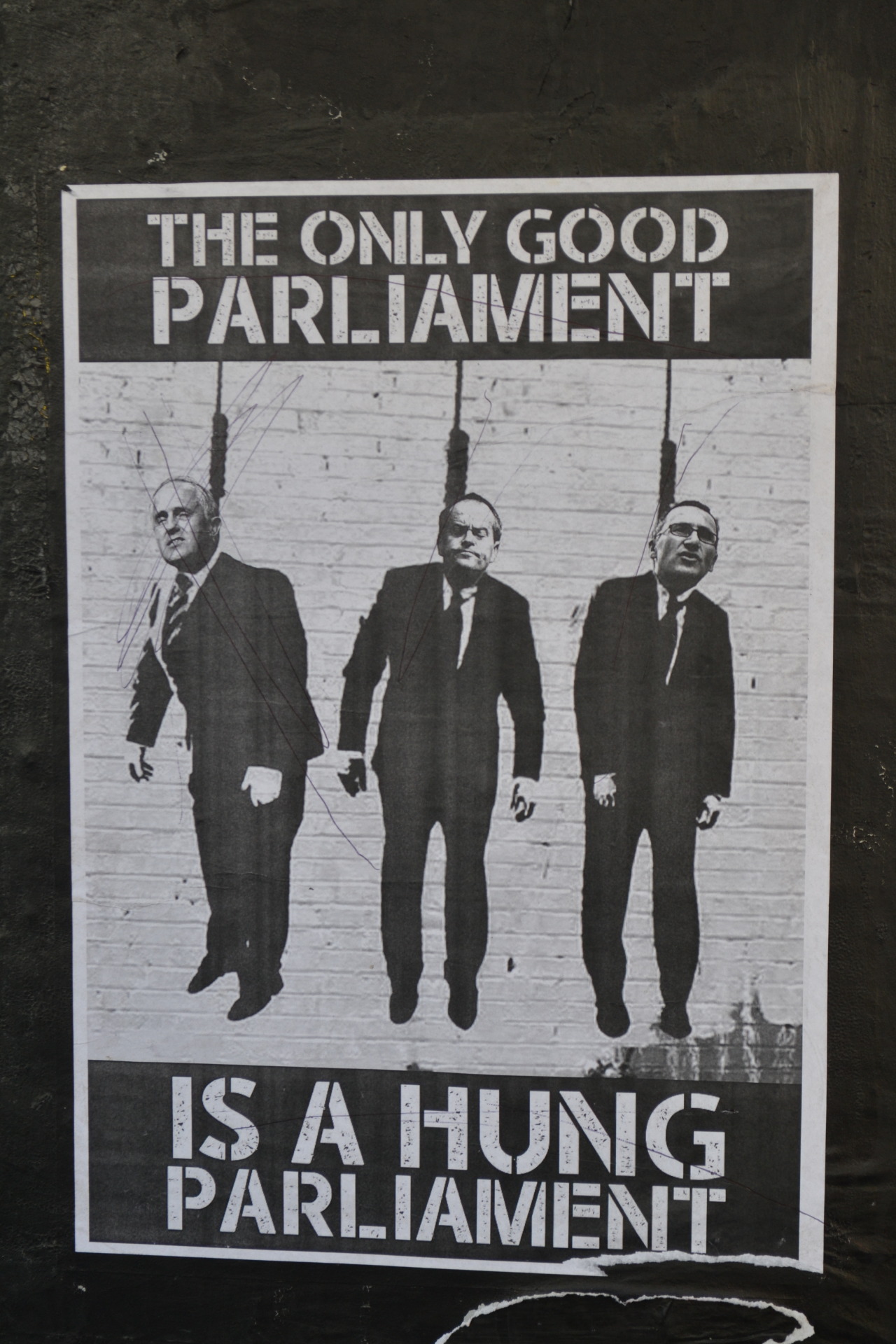 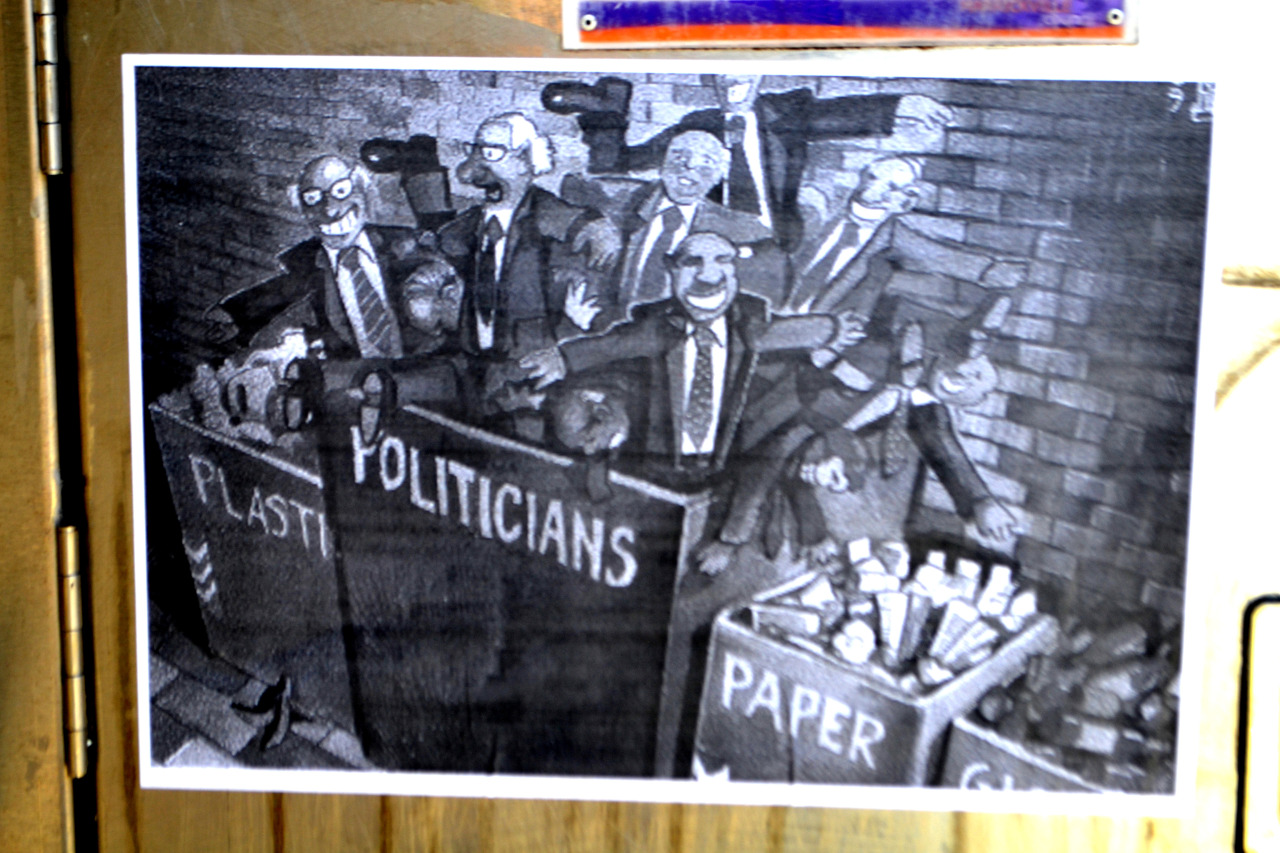 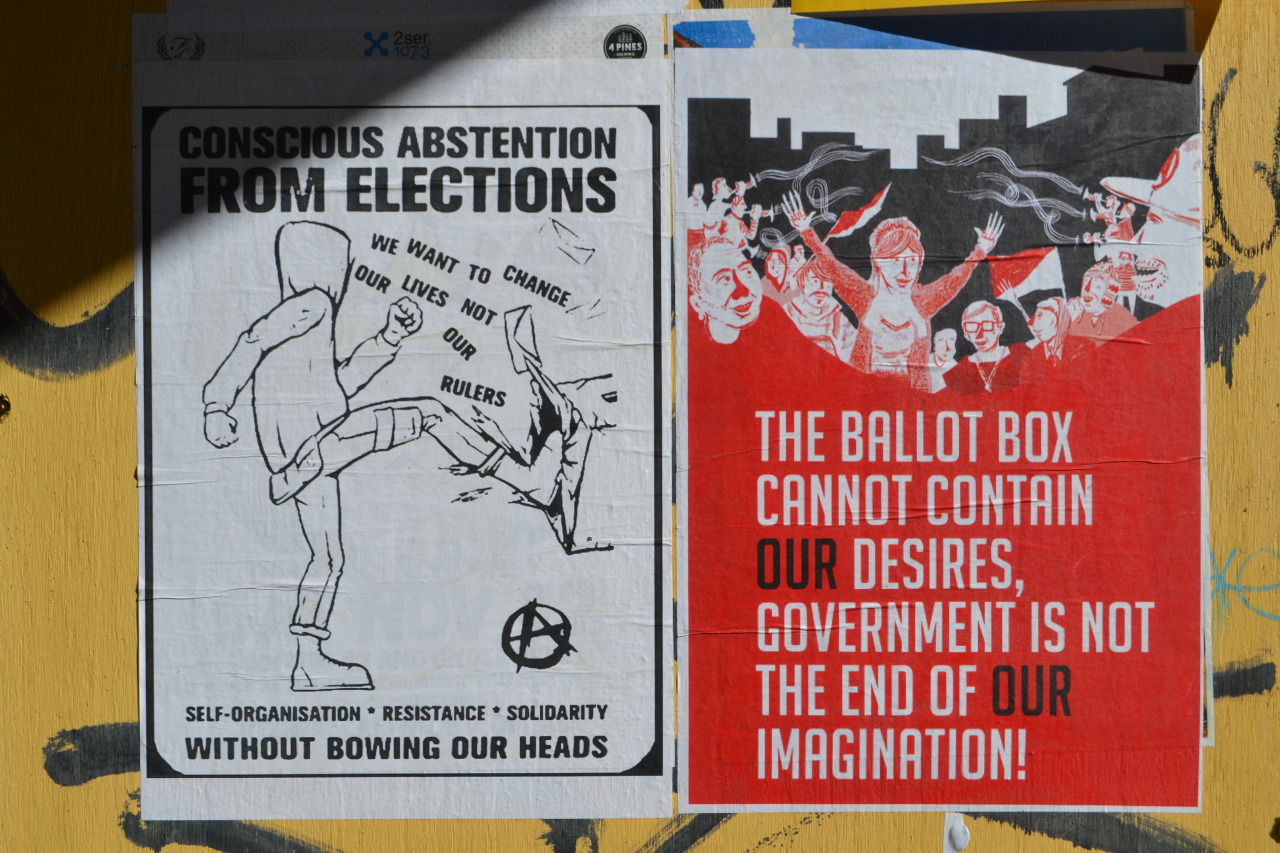 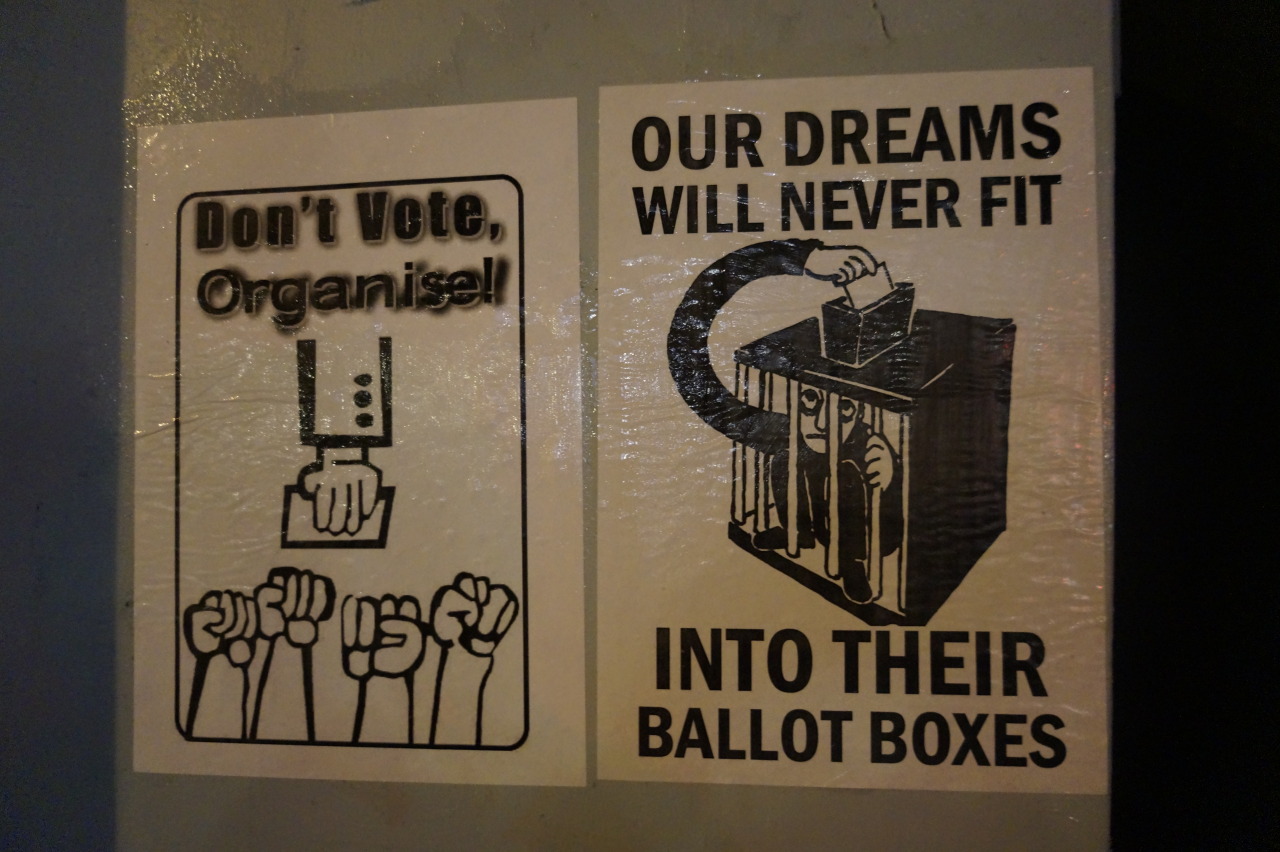 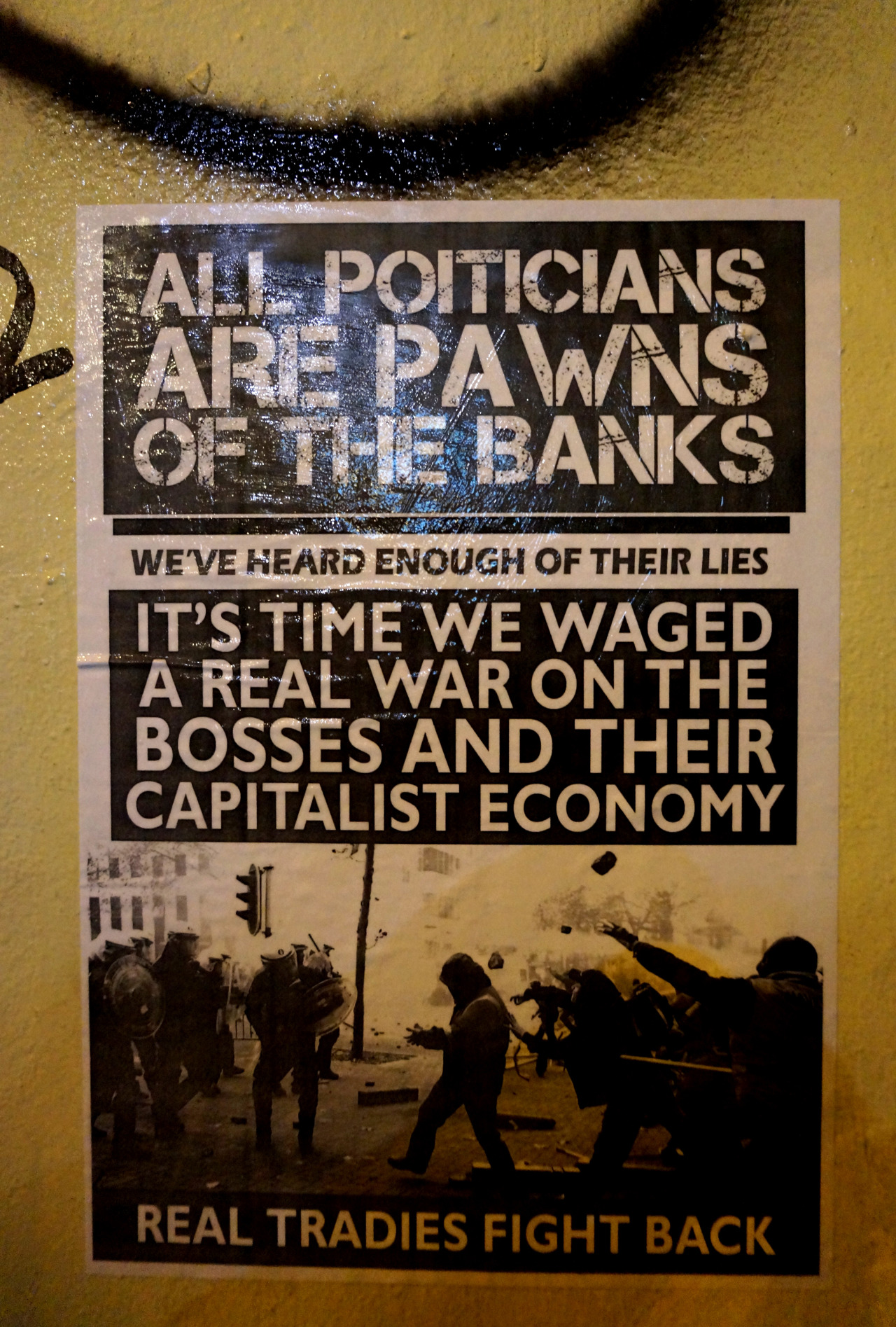 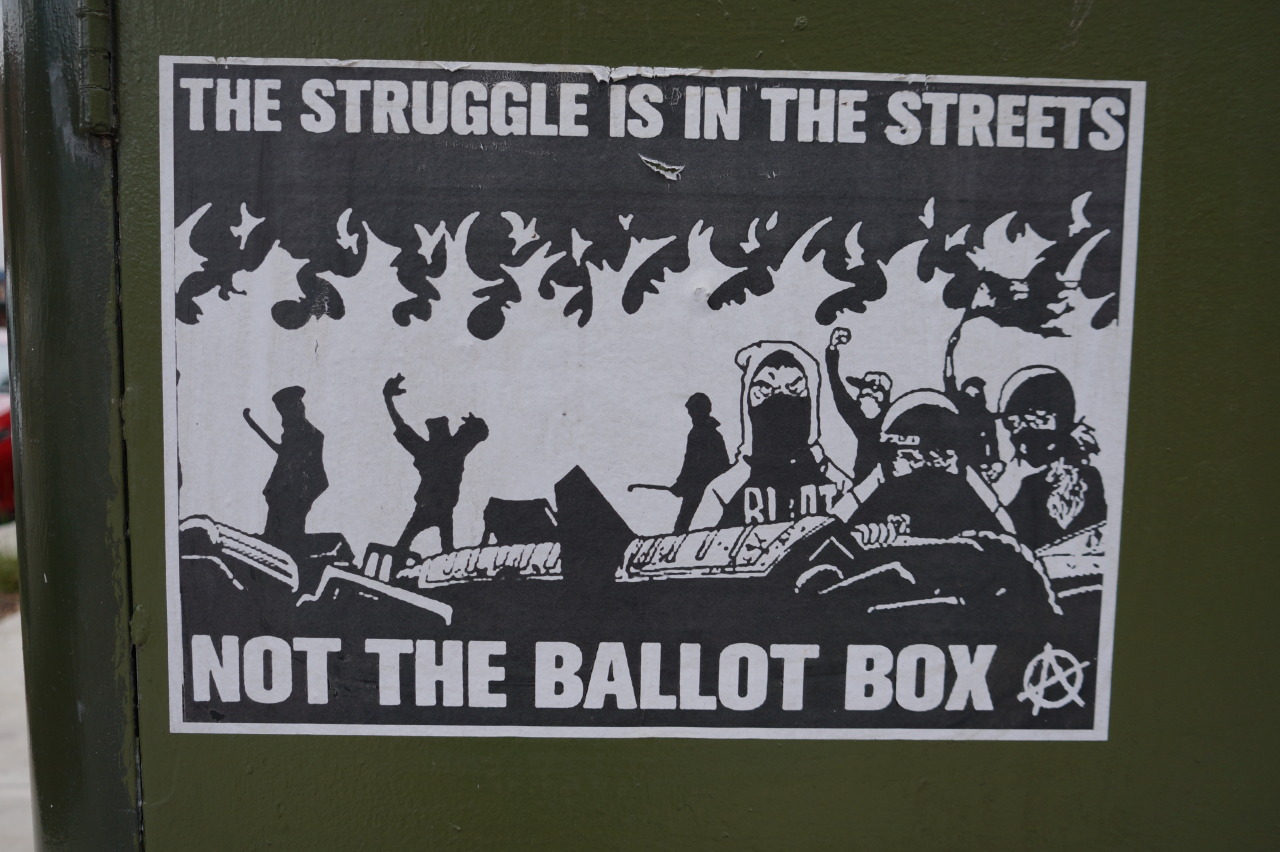