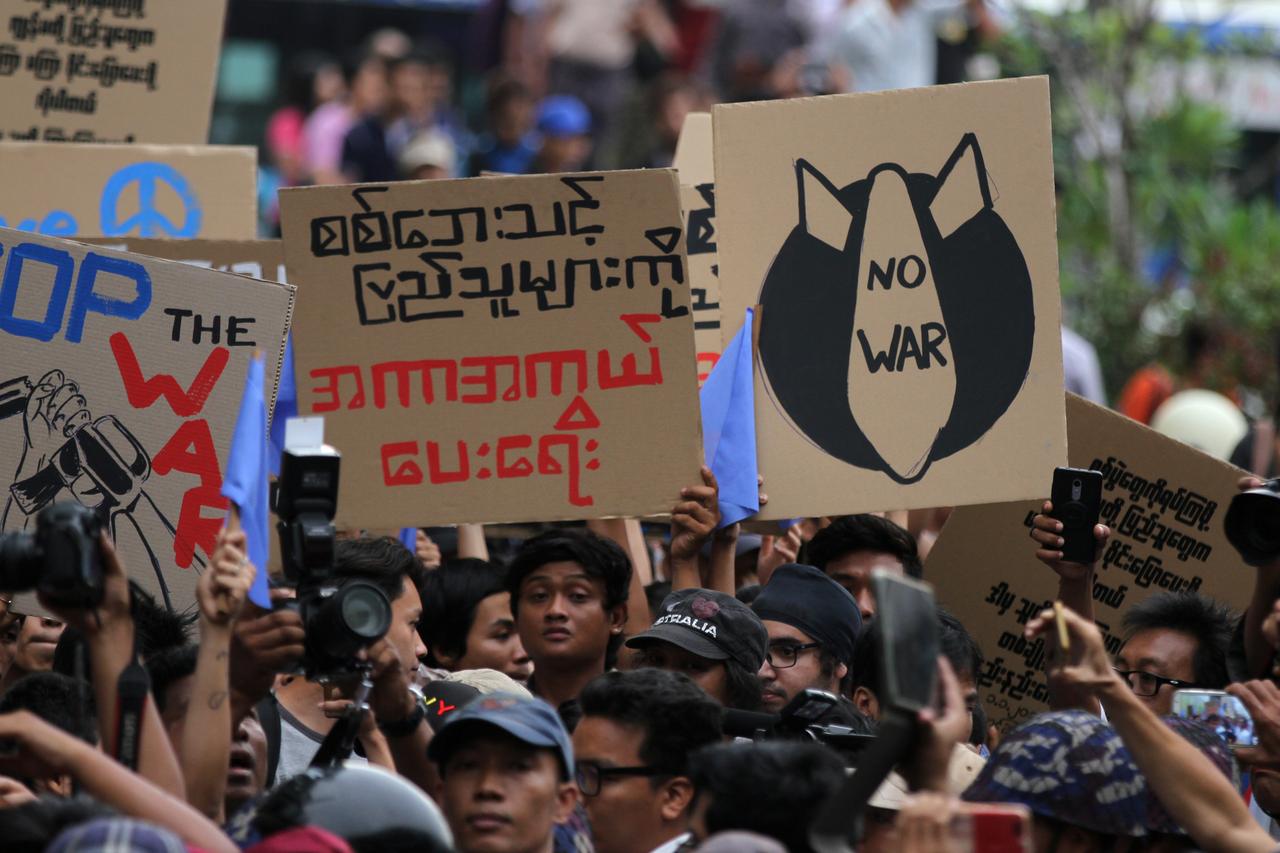 Students take part in a rally demanding peace at the war-torn Kachin State in Yangon, Myanmar May 12, 2018.

12 May – Riot police in Yangon used batons on Saturday to break up a protest in support of victims of fighting in the northern Myanmar state of Kachin, arresting several of the organisers.

Authorities had refused permission for the protest in Myanmar’s main city and when police prevented some 300 people from marching they staged a sit-in, chanting anti-war slogans and waving light blue flags to symbolise peace.

Scuffles and fistfights between several dozen riot police and protest organisers and journalists covering the event broke out shortly after the organisers ended the sit-in. Several protesters were detained and driven away in a police van. 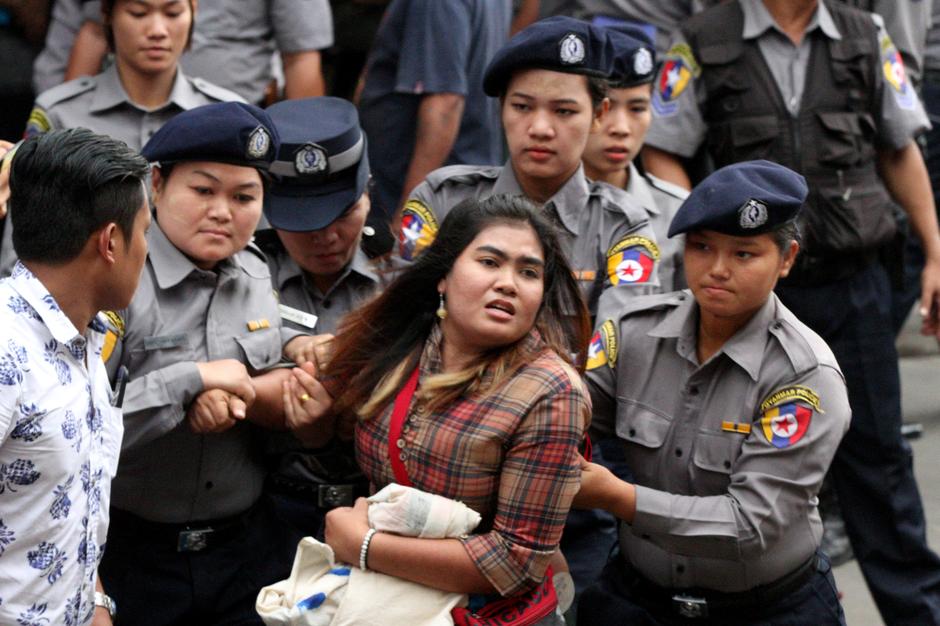 Myanmar police officers detain a student who takes part in a rally demanding peace at the war-torn Kachin State, in Yangon, Myanmar May 12, 2018.

More than 6,000 people have fled their homes since an army offensive against the Kachin Independence Army (KIA), an ethnic rebel group and rescue workers say hundreds are still stuck in danger zones.

Leading the protest organised by Yangon’s youth activists was Maung Saung Kha. The poet and former political prisoner was jailed for six months for writing a poem about tattooing an image of a former Myanmar president on his penis.

“We had just said that we would disperse and end the demonstration and then the police started beating us. They broke police ethics and the rule of law. Nine people from our group have been arrested,” Maung Saung Kha told Reuters.

Police spokesman colonel Myo Thu Soe confirmed that the police arrested some of the protesters.

“They didn’t follow the peaceful assembly law so we had to arrest some of them, he said, adding that the authorities had not decided what to do with those who had been arrested.

The protest in Yangon blocked one of Yangon’s busiest junctions for more than an hour, before the riot police left.

“I took photographs of the arrests in front of the police truck. They (the police) told me: ‘Stop! Stop!’ And one of them hit me with his hand,” Aung Lay, a 22-year-old local journalist who was bleeding from his lip, told Reuters.