19 Aug – An inmate who used a sheet to scale a wall and break out of a New South Wales prison has appeared in court charged with escaping police custody and stealing a car.

Up to 20 police and the dog squad were involved overnight in the search for 28-year-old Stephen Jamieson, who is serving time in the maximum security facility in Goulburn for armed robbery.

Police said he was spotted driving a stolen ute on the Hume Highway at Marulan, east of Goulburn, just before 11:00pm.

Attempts to pull over the car were unsuccessful, and police pursued it.

Road spikes were used to stop the ute at Pheasants Nest, to the north-east.

Jamieson allegedly tried to flee, but was arrested nearby, police said.

Photo: Authorities found a pillow inmate Stephen Jamieson tied around his waist during his escape from Goulburn prison.

Dressed in prison greens at a Goulburn court on Wednesday, Jamieson did not enter any plea to the charges, which included driving an unregistered or uninsured vehicle, driving without a licence and police pursuit (Skye’s Law).

His escape has prompted Corrective Services NSW to order a review of security arrangements in the prison’s maximum security section.

Corrective Services commissioner Peter Severin said the review, to be conducted by a New Zealand Department of Corrections security expert, would begin next Monday.

Jamieson had been in segregation after being identified as a suspect over the discovery of a man-made hole in the floor which was found in the prison earlier this month.

Mr Severin said Jamieson escaped after cutting through a metal gate at the back of a small secure exercise yard that is attached to each segregation cell.

Photo: The stolen ute after the end of the police pursuit.

“He was able to get out of that exercise yard and then he had a range of bed sheets that he tied together and was able to swing them over the wall to then effect his escape by scaling that wall,” he said.

“It appears that he also had a pillow [that was] put around his waist and enabled him to make good his escape over the razor wire.”

Jamieson had been in custody since 2013 and was serving 12 years in prison for armed robbery.

Officials emphasised the jail break did not occur at the High Risk Management Correctional Centre, known as Supermax, at the same Goulburn facility.

Workers at Woolworths MLDC launched unprotected (unlawful) strike action in the early hours of Monday morning last week. Workers were responding to broken promises by management; Woolworths management had announced the week before that all new hires at the Laverton site would be through a labour-hire agency despite promises to the contrary made in EBA negotiations less than a year earlier.

The MLDC strike was called for, planned and hastily executed by rank and file union militants at MLDC. The decision to strike occurred to the genuine surprise of NUW union organisers and officials (the NUW is the workers’ union), and this decision was taken by a workforce who had never previously been on strike together.

The MLDC sits at a critical juncture in Woolworth’s supply chain. The strike shut-down liquor and cigarette supplies to Woolworths, BWS and Dan Murphy’s stores across Victoria.

On day four of the strike, industrial action occurred at two other Woolworth’s distribution centres in Hume and Barnawatha. The Hume DC afternoon shift joined the strike and the Barnawatha DC imposed an overtime ban whilst planning to join the strike.

This strike action continued despite the threat of fines and dismissal. It continued in defiance of an order by the Fair Work Commission on Tuesday. When ordered back to work, strikers at MLDC burnt copies of the FWC order and announced they would not return to work until Woolworths agreed “no labour hire and no repercussions [for striking]”.

The power that these workers held in their hands was palpable.

END_OF_DOCUMENT_TOKEN_TO_BE_REPLACED

Two of the three vehicles damaged in the attack using Mototov cocktails in Bukit Marak, Bachok, Kelantan, this morning

The suspicion arose from the discovery of glass bottles in the seats of the burnt vehicles — a Perodua Kelisa, a Toyota Vios and a Suzuki Vitara.

The bottles were believed to be remains of Molotov cocktails used by the arsonists.

Initial reports stated that the victim, with nine other family members, was fast asleep when the incident occurred at 4am today.

According to operations commander of the Bachok Fire and Rescue Department,  Abdul Razak Rahman, a call came in at 4.02am informing them of the fire and seven of his personnel were immediately deployed to the scene.

They then realised that the fire was uncontrollable. The firemen quickly set to work to prevent the flames from spreading to the house itself.

“Based on the inspection we carried out inside the burnt vehicles, we found glass bottles believed to be Molotov cocktails..

“We will continue our investigations to find out the real cause of the fire and if it was indeed foul play,” said Abdul Razak in a statement today.

A witness, identified as Mohamad Hisham, said he was on his way to an eatery when he saw four men in front of the victim’s house.

On his way back, he claimed to have seen four men jumping out of the house. He said he immediately chased after them, thinking that they had robbed the occupants in the house.

“However, they disappeared pretty fast. After subuh, I was informed of the arson.”

15 August – Two petrol bombs were hurled at the home of an immigration officer in Prai early yesterday morning.

In the 6.35am incident, an unidentified suspect threw bottles of molotov cocktail into the compound of the woman’s home, setting her plants on fire.

Central Seberang Prai district police chief Assistant Commissioner Rusli Md Noor said the officer’s husband was at the house and realised something was amiss upon hearing sound of a glass breaking.

“He then heard two loud explosions and rushed outside.

“The suspect is believed to have most likely fled on a motorcycle,” he said when contacted. Rusli said the man and his children managed to put out the fire.

“They found the driver and three passenger side windows were also shattered,” he said.

Rusli did not elaborate if the car belonged to the woman.

The case is being investigated under Section 435 of the Penal Code for mischief by fire or explosive substance with intent to cause damage.

Speakers were briefed not to stray from the “gay monogamous marriage solves all queer problems through trickledown economics *ahem* trickledown rights” which is ironic as fuck, considering the organisers are Trots.

So, what happened during the march:

Initially we were marching in line with the rainbow banner. The person on the end closest to the cars had to keep moving left and right to dodge parked cars. Anyway, halfway down George Street, the rainbow banner crew suddenly ran and got their banner fully in front of us. After about 30 seconds of that we were like “what the fuck, it’s on” so we got into the front. Then we saw one of the marriage organisers behind us, and we were like “hey get the rainbow people to move over to the side, they’re in the middle of the street so we can’t fit side by side” and she just rolled her eyes and shook her head angrily at us and was like “they’re meant to be at the front” so we just kept marching.

The SAlties (Socialist Alternative – an authoritarian Marxist group) kept giving us dirty looks and another Trot kept taking pictures of us daring to not back down from marxist backstabbing of anarchists.

When they kept chanting “hey hey ho ho homophobia’s got to go” we changed it to transphobia. More dirty looks from them, but whatever: if the title of your rally includes “and equality for all”, then we will take you up on it.

10 August – Bas Umali in the anarchist scene, has been consistently active since the mid 1990s. He is involved in diverse activities, actions and projects in local, regional and international networks. 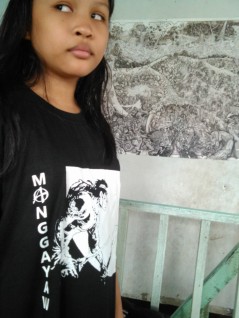 His latest involvement was to be a speaking engagement in Hiroshima, Fukushima and Tokyo in relation to annual atomic bombing commemoration activities co-organized by anarchists in Japan (August 6th to 11th).

He was all set: plane ticket procured two months earlier (thanks to his Japanese comrades) and visa approved a month ahead of schedule. Unfortunately, he felt discomfort from his right scrotum a week before his flight to Tokyo. Discomfort escalated into pain in his lower right abdomen. From Cebu he traveled to Manila and consulted two medical doctors to find he has an Inguinal hernia. Both doctors advised him to take plenty of rest and to have immediate surgery. He consistently explores and supports alternative medicine but this particular case where part of his small intestines is trapped into his scrotal cavity can only be removed manually and needs to be tied to the nearest bone to avoid recurrence.

Support our fund raising activity for the surgery of a comrade. Solidarity comes in various forms, we offer a T-shirt you can purchase for 14 dollars (plus shipping) which we will send with two documents: “Archipelagic Confederation” and “Gasera Journal”. 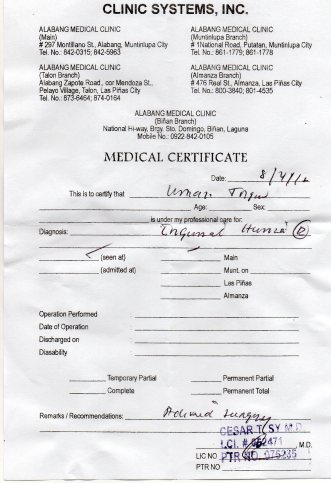 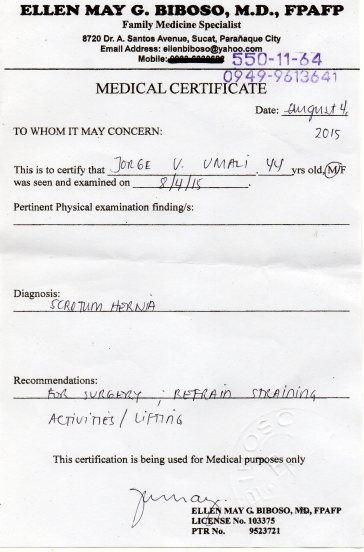 for more info please email us at :

7 August – The Melbourne Anarchist Communist Group calls on the Australian Government to drop the charges against Jamie Williams and release him unconditionally. He was arrested on 27 July and charged with “preparing for incursions into foreign countries for the purpose of engaging in hostile activities”. The substance of the charge is that he attempted to leave Australia to join the YPG forces in Syria fighting Daesh, which styles itself as the “Islamic State”.

We do not know whether Jamie Williams was actually trying to join the YPG, but we would have only admiration for him if he was. The YPG-YPJ (People’s Protection Units – Women’s Protection Units) of the PYD (Democratic Union Party) are defending the Kurdish communities of Rojova in Syria against the barbarous forces of Daesh and are doing so very effectively. Further, in the areas of Rojova the YPG-YPJ are protecting, there is a social transformation being conducted which has the potential to be greatly liberatory and to inspire revolutionary workers’ movements across the region.

We say only “potential” because the PYD are allying themselves with US imperialism in its military assault on West Asia, something that undermines the libertarian socialist goals for which the PYD claims to be struggling. While this alliance brings certain tactical benefits (having F-22s take out Daesh vehicles and field HQs definitely made defending Kobanê easier), they are greatly outweighed by the strategic disadvantage of the barriers it puts up between the Kurdish and Arab peoples of the region. The MACG therefore calls on the PYD to break with the United States and throw its lot in with the workers and oppressed masses of West Asia instead. US intervention in West Asia will kill far fewer jihadis than it will recruit for Daesh, something not unconnected to the fact that the US has killed far more people in the region than Daesh ever will.

Regardless of the PYD’s short-sighted choice of friends, however, its struggle against Daesh is greatly progressive and should be supported by workers in Australia and around the world. And if workers in Australia like Jamie Williams decide to join the YPG-YPJ or radical bands allied to them, the Australian Government shouldn’t stand in their way.