15 May – Three staff members have been assaulted after inmates began rioting at the Malmsbury Youth Detention Centre in Victoria.

Emergency services remain at the facility after a group of youths began causing trouble about 2.45pm, police said.

Three staff members were assaulted, and two were treated by paramedics.

One male staff member, aged in his 30s, has been taken to Bendigo Hospital in a serious but stable condition.

Police said damage has been done to the centre.

The riot is the latest in a string of violent incidents at Malmsbury this year.

In January, a group of six inmates escaped the facility and stole three cars before being arrested by police. 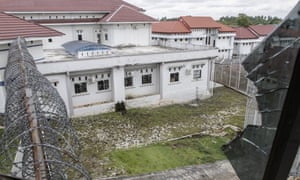 6 May – Riot squads have been forced to storm a Perth juvenile detention centre overnight after detainees smashed windows and sparked fires.

Nine detainees reportedly lit scrub fires inside Banksia Hill Detention Centre while they ran amok outside of their cells about 6pm on Friday.

Prison officers at the Canning Hill detention centre, in Western Australia’s south, were forced to lock themselves in fortified rooms fearing for their lives.

The riot comes one night after three juvenile detainees were injured at the centre in a separate riot.

Officers stormed the facility on Thursday night after five inmates aged between 15 and 18-years-old broke windows and lit fires.

One of the teenagers reportedly got hold of a nine kilogram gas cylinder, which sparked fears the scrub fire could rage out of control.

The police were forced to use flash bombs and pepper spray during the riot, which took two hours to control.

Three inmates were injured with one suffering an asthma attack, one a cut leg and the third an eye injury caused by glass.

This week’s riots were not the first at the Banksia Hill Detention Centre.

The centre has been home to a string of riots, with four reported in the second half of 2016 alone.

On November 12, 2016 the centre was locked down for three hours after inmates threw bricks at the guards, The West reports.

On September 1, 2016, four inmates armed themselves with home-made weapons and caused $150,000 worth of damage at the centre.
Special riot police were called in when the riot broke out on Friday night – it took them two hours to control the situation

Union secretary Toni Walkington said guards at the centre were ‘outnumbered’ and put in danger due to the high number of inmates.

‘Things seem to be somewhat unsettled,’ she told Seven News.

The Union said Western Australia needed a second remand facility to cater for the overwhelming numbers.

Mr McGowan said on Friday there was a chance the Rangeview Juvenile Remand Centre, which closed in 2012, could be reopened.

‘We need to get to the bottom of what’s going on here. This is happening way too often,’ he said.