Skip to content
5 February 2018 – A 60-year-old woman has been fatally shot by Indonesian paramilitary police in a clash between security forces and stone-throwing villagers in the troubled Papua region.

The police were transporting an 18-year-old man suspected of theft when villagers intervened to help him.

In a statement, they said police fired warning shots during the incident on Saturday. The woman, who was in the crowd, died from a gunshot to the head.

Conflicts between indigenous Papuans and Indonesian security forces are common in the impoverished region, which Indonesia annexed more than half a century ago. 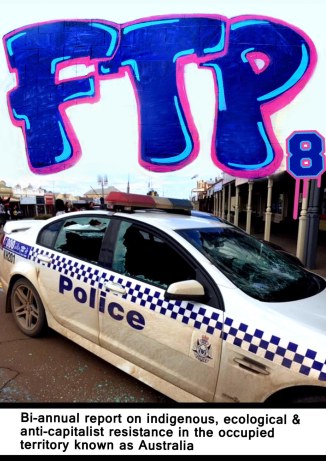 Students in the South Pacific nation have been demanding for weeks that Prime Minister Peter O’Neill resign because of alleged corruption and mismanagement.

Australian Foreign Minister Julie Bishop said she had been advised by the Australian embassy that police shot students in Port Moresby, the capital, as hundreds prepared to march from the University of Papua New Guinea to Parliament.

END_OF_DOCUMENT_TOKEN_TO_BE_REPLACED

25 May – A man is expected to be charged over the vandalism of the police memorial in Sydney’s Domain that has been defaced twice in four days.

The wall displays the names of dozens of New South Wales police officers who lost their lives on the job, and is the site of the state’s annual National Police Remembrance Day service in September.

On Friday the NSW Police Wall of Remembrance was marked with scratches and abusive messages.

About 11.15pm, officers found the wall had been desecrated further, with black graffiti on the panels and the ground in front of the memorial.

Police believe both incidents are linked.

Earlier in the evening, the 30-year-old man believed to be responsible was arrested near the pedestrian overpass at The Domain following information from the public.

Police said the man resisted arrest and smashed the rear window of a police car as he was being taken to Day Street Police Station.

He was then taken to St Vincent’s Hospital to be treated for a possible medical condition about 11:00pm.

Officers said they expected to charge the man over both incidents once the 30-year-old was released from hospital.

On Saturday, police said the panels would need to be deconstructed and be professionally cleaned.

21 May – A ‘sacred’ memorial honouring NSW police who died on the job may have to be removed after a senseless and insulting desecration, police say.

NSW Police Commissioner Andrew Scipione has made a personal plea seeking justice over the vandalism of the Wall of Remembrance in Sydney’s Domain after it was scratched with glass or a rock by a man on Friday night.

‘There is no more important or sacred place in the country to the NSW Police Force, than this memorial,’ he said on Saturday, joining police and community members in expressing their disgust.

‘The person who has done this knows who they are. I am appalled and saddened that the names of our state’s heroes have been desecrated,’ Commissioner Scipione said.

Earlier, Sydney City Local Area Commander David Donohue said the memorial would likely need to be deconstructed and professionally polished, and that police were considering installing security cameras at the site to protect it in future.

They’ve already released CCTV footage of the man they believe was involved, and have collected fingerprint evidence.

Footage shows a man who ‘walked with a distinctive swagger’ who was also seen falling off his skateboard into oncoming traffic the same afternoon, Supt Donohue said.

‘It’s only a matter of time until we apprehend this person,’ he said.

‘This is a senseless act and an insult to all serving police officers in the state of NSW.’

The man faces a malignant damage charge and up to 15 years in jail.

24 February: Three molotov cocktails have been hurled at Logan’s police headquarters, weeks after an Aboriginal woman was shot by police with a Taser and blinded in one eye.

Police said while one bottle remained intact, two bottles ignited causing minor damage to one police vehicle parked outside. They said they weren’t sure whether those responsible for throwing the devices were on foot or in a passing vehicle.

Police believe the devices were thrown between 3.30 and 4am this morning. CCTV footage from the front of the police station was still being examined.

It follows weeks of tension in Logan after Woodridge woman Sheila Oakley was shot in the eye by police with a Taser and two marches were held by the local indigenous community calling for the officer responsible to be stood down.

February 17: An asylum seeker was killed and at least 77 injured in the second riot this week at a detention center in Papua New Guinea. 23-year-old Reza Berati, from Iran, was killed by police. One person among the wounded was in a critical condition with a head injury and another sustained gunshot wounds during the clashes on the small island in impoverished Papua New Guinea.

The facility, part of Australia’s tough stance against asylum seekers, has come under fire over human rights concerns. Immigration Minister Scott Morrison said the riot began when detainees forced their way out of the center, but refugee advocates said it was triggered when Manus Island residents and police stormed the facility, attacking the asylum seekers.

Indymedia: In the early hours of February 14, various anti-police slogans were sprayed across dozens of fences, walls, billboards and bus stops throughout Woolloomooloo, Redfern, Chippendale, Camperdown, Darlington and Newtown.

Later that morning hundreds gathered at the fence line were TJ Hickey was chased to his death by police 10 years ago. For hours his family and supporters marched through the streets of Sydney to Parliament House, chanting against the uniformed murderers of the state, with demonstrators carrying banners such as “JUSTICE FOR TJ” “ABORIGINAL CONTROL OF ABORIGINAL AFFAIRS” “AVENGE TJ BURN DA COPSHOPS” “ACAB” “COPS PIGS MURDERERS” and “FUCK THE POLICE” END_OF_DOCUMENT_TOKEN_TO_BE_REPLACED