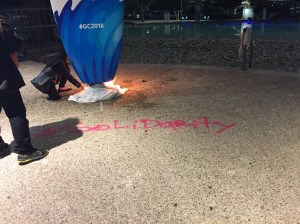 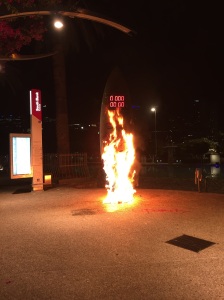 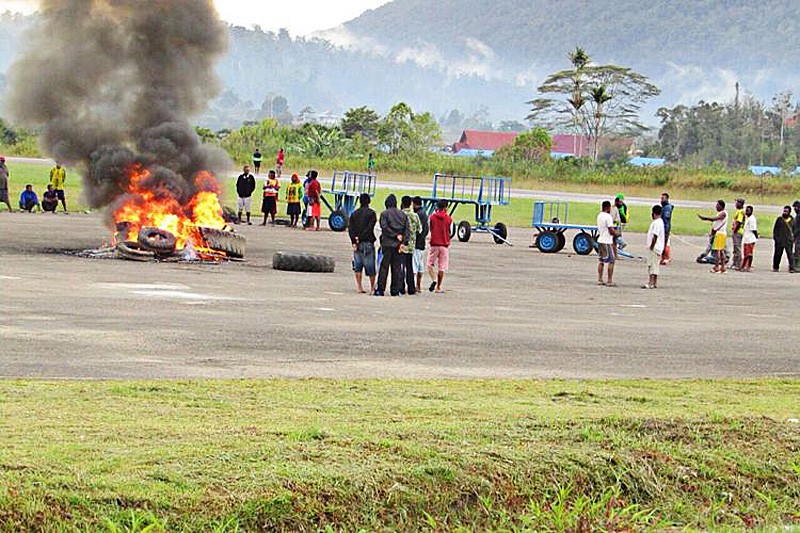 5 April – Dylan Voller was arrested at the Commonwealth Games after allegedly trying to storm the stadium as a protest turned ugly during the opening ceremony.

The former Northern Territory youth detainee was demonstrating for Aboriginal rights when a group allegedly rushed the Gold Coast venue where the ceremony was taking place and were wrestled into handcuffs by police.

Voller and two women were charged with one count of public nuisance each after several fights broke out. The 20-year-old man will appear at Southport Magistrates Court on May 3.

Police said they would not tolerate disruptive behaviour during the Games after clashing with demonstrators after non-ticket holders allegedly tried to get into Carrara Stadium.

“Around 7.30pm, a group of people were protesting in a carpark outside of the stadium,” said Queensland Police in a statement. “It will be alleged that some protesters attempted to gain unauthorised entry into the venue.

Aboriginal protesters are arrested by police during the Commonwealth Games opening ceremony.

Demonstrators were held down after allegedly trying to storm the Gold Coast stadium after a day of peaceful protests turned ugly, with scuffles breaking out.

“The Queensland Police Service respects the right of people to protest lawfully and peacefully in Queensland but will not tolerate disruptive behaviour during the Commonwealth Games and associated events.”

Two Queensland women aged 21 and 30 were also charged with one count each of public nuisance and are due to appear in the Southport Magistrates Court on April 23.

The drama came after a day of mostly peaceful “Stolenwealth” protests turned ugly, with scuffles breaking out as around 100 demonstrators faced off with police on horseback.

The demonstrators carried banners reading “Colonisation Is Not A Game” and chanted “always was, always will be Aboriginal land” as they waved Aboriginal flags.

They were pushed back by police as they tried to enter the stadium, chanting “No Justice, No Games”. They had earlier been directed by police into a field across the road from the main entrance via a soggy paddock and car park.

A smaller group halted the Queen’s baton relay briefly earlier Wednesday by blocking a road near Main Beach before the route was amended for the final 14 baton bearers to continue. 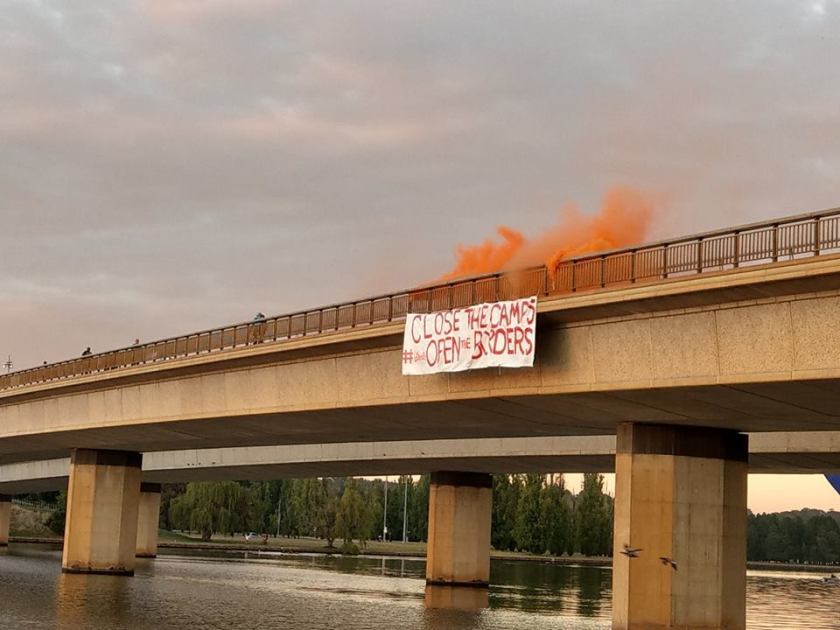 Early on Wednesday March 28th, a banner reading “Close the Camps, Open the Borders” was dropped from the Commonwealth Bridge in Canberra, the capital city of Australia. Flares were let off to highlight the action.

The action was taken in solidarity with the ‘Superglue 7’ who are on trial in the Supreme Court this week. The Superglue 7 are members of Whistleblowers, Activists and Citizens Alliance (WACA). On November 30th, 2016 they travelled with 50 other members from across Australia to Canberra. They all went to Parliament House where they disrupted Question Time from the public gallery. They called for an end to Australia’s inhumane policies that are in breach of UN Human Rights Conventions. The Superglue 7 glued their hands to the balustrade in the public gallery. The group used a ‘mic check’ speech to demand that the government closes all refugee detention camps and that detained asylum seekers be safely resettled. As a result, the seven were charged with intent to damage Commonwealth property.

Several other protests in support of refugees and in solidarity with the accused have occured in the nation’s capital over the past three days. On the second day of the trial, other activists interrupted Question Time again. They stated that they refuse to be complicit in the government’s human rights crimes against refugees. No superglue was used and all of the protesters were released without charge. 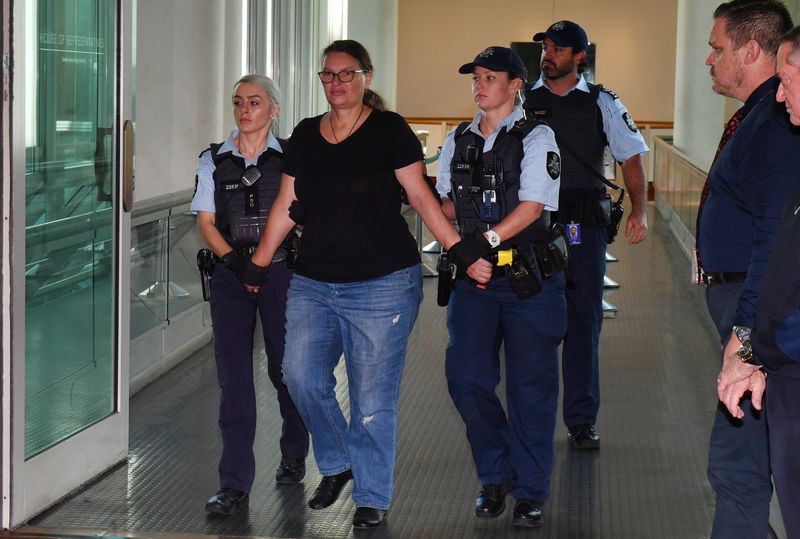 A spokesperson for the group said “while asylum seekers and refugees are held indefinitely in appalling conditions, people will continue to fight against bipartisan policies of cruelty that are Australia’s shame. We will not stop until there is justice for refugees”.

18 March – In response to a solidarity appeal from comrades in Russia, on the 18th of March, the day of the Russian elections, a group of anarchists in Sydney, gathered at the Russian consulate. We distributed leaflets about the situation of imprisoned Russian anarchists and antifascists and chanted soligans against police, prisons and the Putin regime.

March 8, 2018 – Residents of RW 11 Tamansari, Bandung, and solidarity consisting of students and communities who are still struggling to maintain their homes are clashing with contractors and mass organizations that supporting rumah deret (mass apartment project). This event occurred on Tuesday March 7, 2018 around 10:00 pm in the area around the Film Park. Citizens and solidarity who want to occupy the Backhoe to stop the development process being held by mass organizations. Because of the defeat, mass organizations began to attack people and students with beatings and throwing stones. Dozens of students and residents were seriously injured and had to be rushed to Sariningsih hospital. A backhoe is also burned by a mass of Tamansari solidarity.

Earlier in the afternoon there had also been beating of some students by mass organizations and construction contractors. This incident was triggered by Backhoe who operated to continue the development of the house series, some solidarity masses who protested it even got a negative response to lead to violence by members of mass organizations and contractors. Whereas the process of lawsuit SKK DPKP3 which became the basis of development is running in PTUN Bandung. The judge has also stated that the construction process is suspended until a court decision is made. In addition, development activities have not received environmental permit and AMDAL. END_OF_DOCUMENT_TOKEN_TO_BE_REPLACED