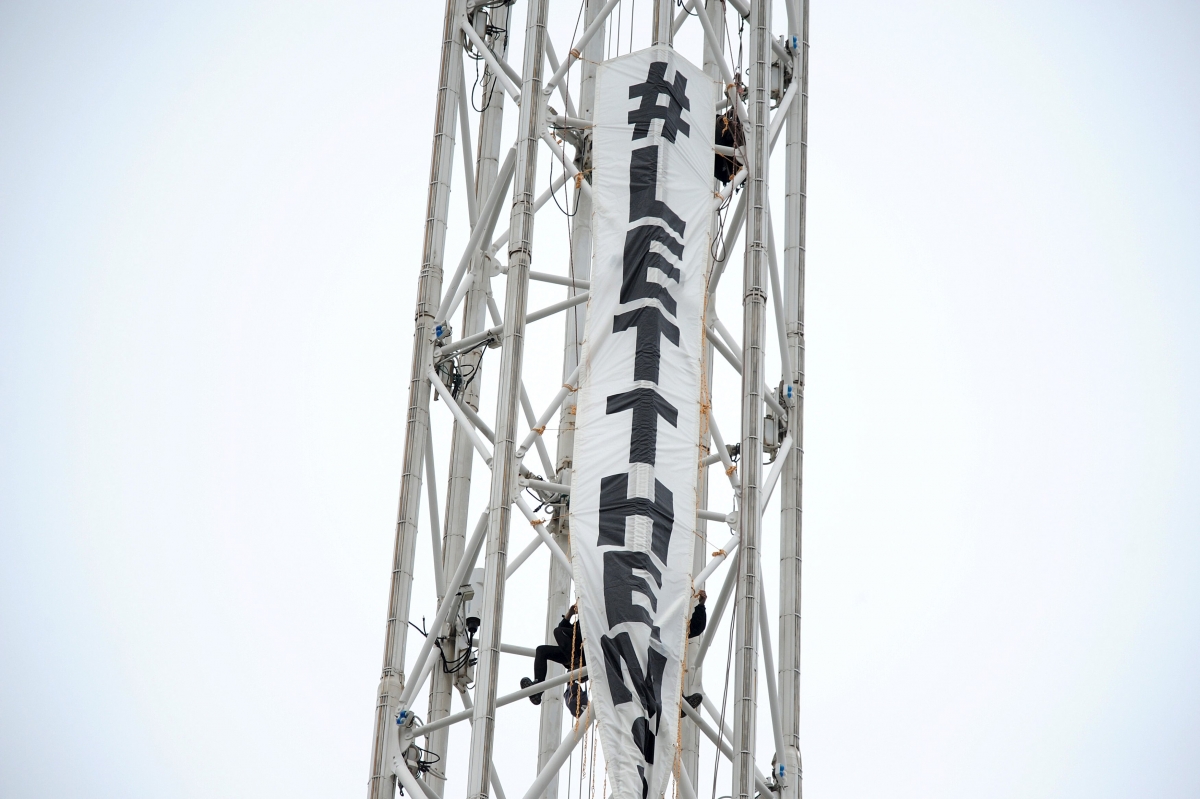 “The Art Centre has informed Victoria Police that it will not be pressing trespassing charges at this stage against the two women,” police said in a statement.

They pair, who climbed the 162-metre structure about 3:30am, left a “LetThemStay banner on the spire.

Earlier a search and rescue crew climbed the base of spire and prepared rigging ahead of expected negotiations with the two protesters.

“Search and rescue guys are here on scene, they’ve assessed the liability of going up to the tower, that would be our last resort, we’re trying to get the climbers to come down of their own free will,” he said.

Police had been trying to negotiate with the women through a third party.

The protest delayed preparations for tomorrow’s White Night festival, where work was due to be done on lighting displays for the Arts Centre.

WACA said the women were acting in support of doctors at Lady Cilento Hospital in Brisbane, who were refusing to release the one-year-old daughter of asylum seekers in case she were to be returned to Nauru.

It is understood the baby, named Asha, who suffered burns last month, is in a stable condition.

Both her parents are in Brisbane and have been visiting her daily.

Asha is one of a group of 267 people, including more than 30 babies, who could be sent back to Nauru after the High Court threw out a challenge to the Government’s offshore detention network earlier this month.

“These women both have deeply help passions in the social justice movement and in the environment movement; it’s part of the reason that they’re so experienced … and why they’re able to climb up the spire today in the most professional way and unfurl the banner,” she said.

Senior Sergeant Delle-Vergini said he believed the protesters had “got their message across”.

The pair were not charged over the Eastern Freeway stunt.

“From my understanding there was no power to retain their gear from their last protest, which was held in a public place, this is obviously a different situation because it’s a private premises,” Senior Sergeant Delle-Vergini said.